Sorry for the delay, but some things prioritized higher. But beside that, my RPis had some work to do.
The last weeks I benched GAT’s x265 Benchmark.1 It took me some time…

After the x264 Benchmark, GAT decided…or was forced…to make benchmark based on x265 in order to bench newer, more powerful systems and make the benchmark even comparable between Linux and Windows.
The current list of submissions can be found at GAT’s website.2

I used the x265 Benchmark to test some configurations of my Raspberry Pi 4 Model B with 8 GB RAM and try to look how much faster it is against a 4 GB GAT previously benched, since the x265 Benchmark is officially made for systems with 12+ GB RAM.
With less than 12 GB the system will be swapping data to the boot device. 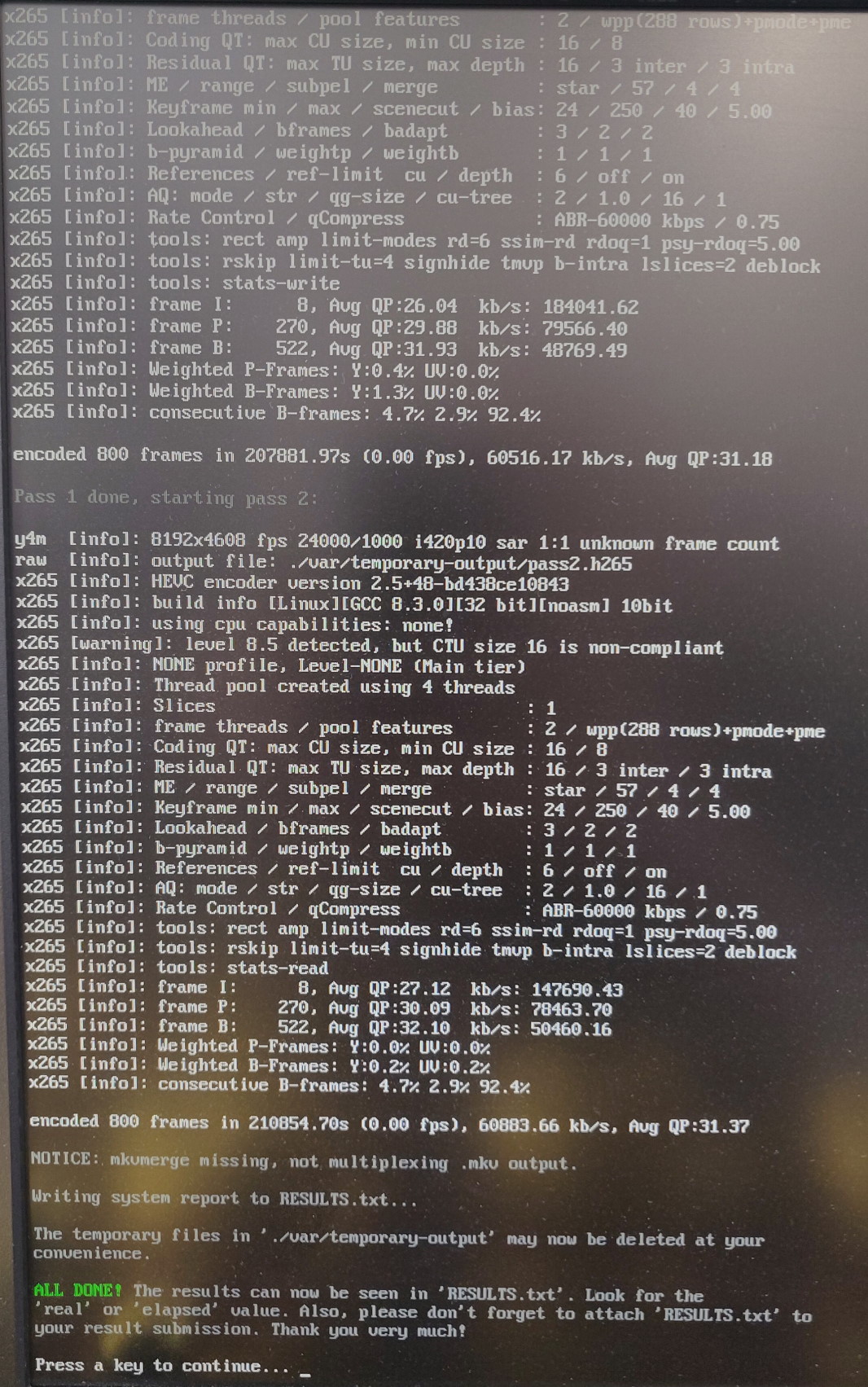 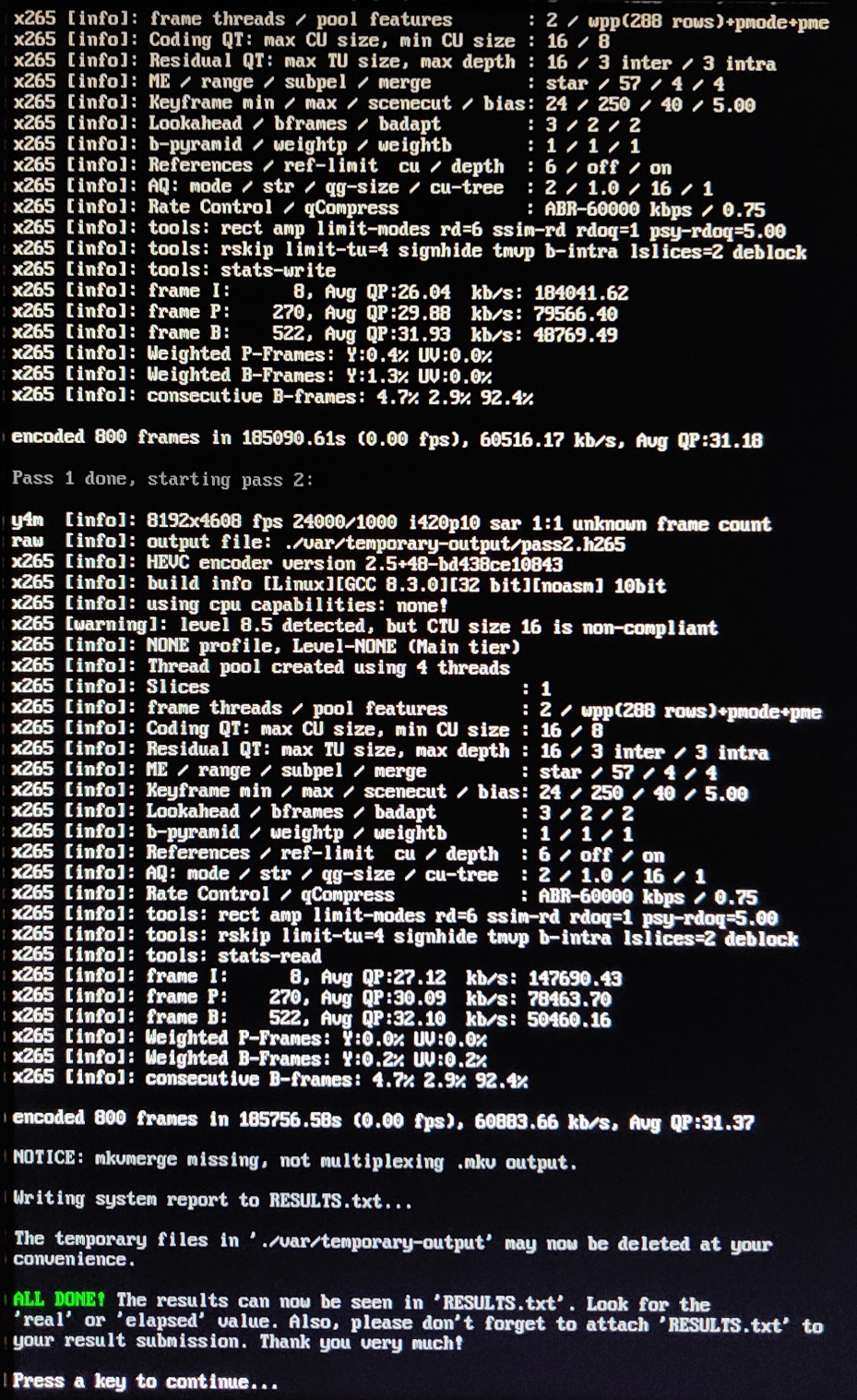 Since I like overclocking a bit, I wanted to see how good the benchmark sclaes with clock speeds.
With air-cooling and the current temperatures I was able to reach stable 2.3 GHz, which is about +53 % in clock speed.
With these +53 % the benchmark was done in 75h 30m 53,20s6, or about 27 % faster than stock clocks. 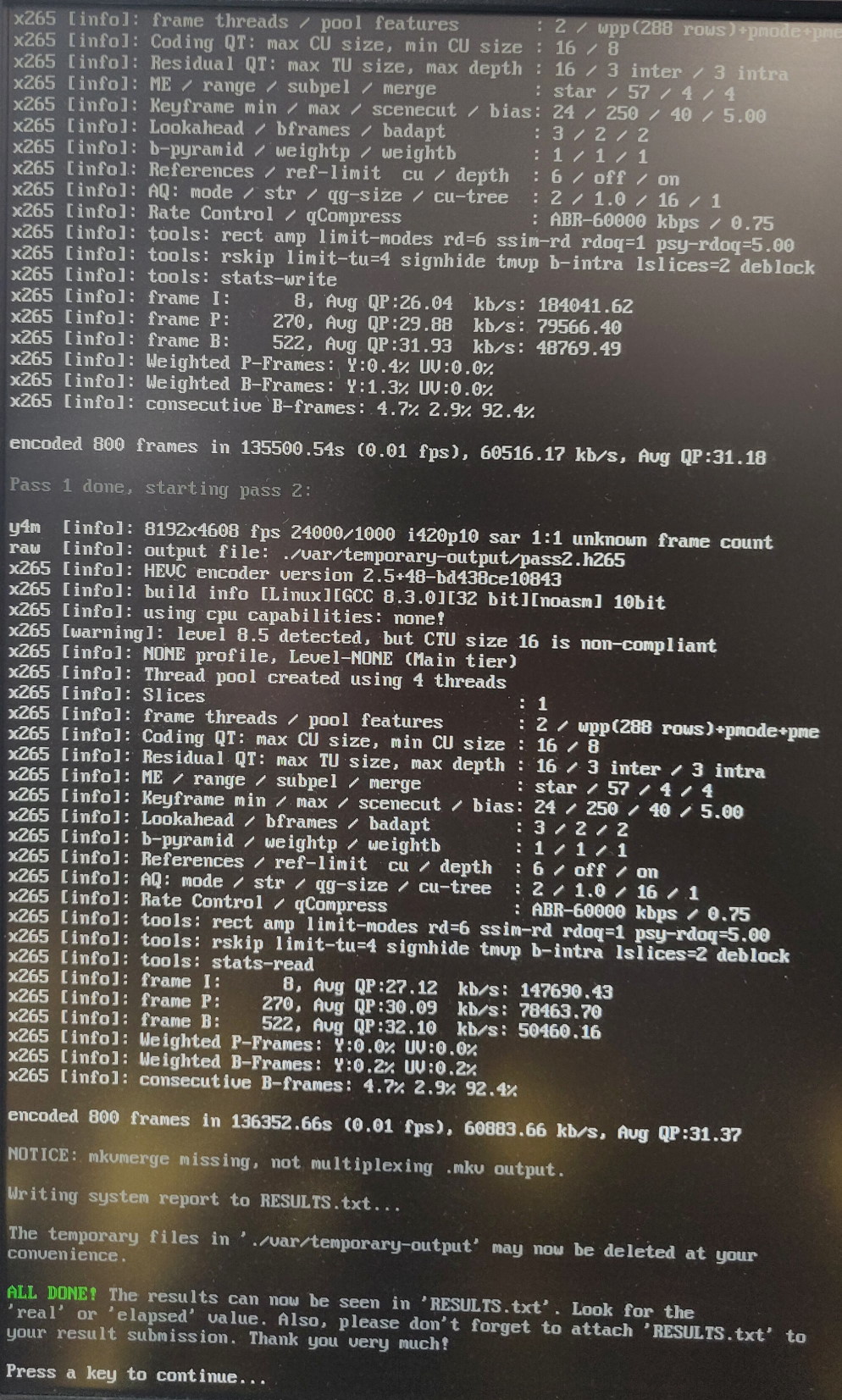 Due to the lack of a 16 GB model the journey for the RPi4B ends here.
Maybe in the future of a possible Rapsberry Pi 5 with 16 GB of RAM, I’ll do a comparison and run it all again, with hardware-specification above the minimum.